As U.S. construction and other workers grow older, companies and contractors must look at ways to lessen physical injuries, which increase with age.

Between 1998 and 2010, the average age of construction workers increased from 36 to 41.5, according to the Center for Construction Research and Training.
Continue reading...

What is First Aid? Ask California. 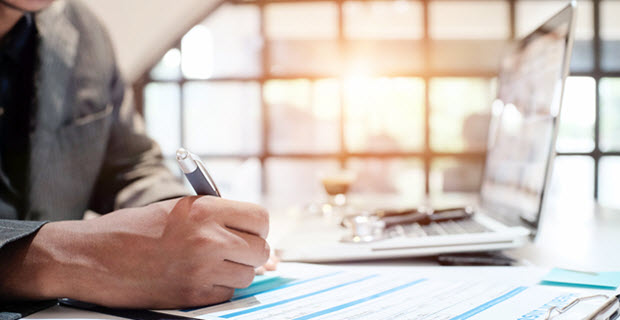 At the beginning of the year (2017), a decision by California’s Insurance Commissioner clarifies the term “first aid” and requires California employers to report first aid and small medical only claims whether the cost of medical treatment is paid by an employer or an insurer. Any cost incurred must be reported regardless of whether the employer or the insurer paid the claim.

The Workers’ Compensation Insurance Rating Bureau of California (WCIRB) was concerned that failure to report first aid claims by some insurers gave their clients an unfair advantage.
Continue reading...

Ask “Why” – Discover the Root Cause of a Workplace Injury

An employee is injured. You have a checklist for what happens next – getting emergency help if needed, filling out insurance paperwork, notifying family, etc.
Continue reading...

Navigating workers’ comp can seem overwhelming. But like any undertaking, breaking down a project into systematic, digestible chunks can make your task easier and less intimidating.
Step 1
When a complaint of pain or an injury occurs on the job, it must be reported to a supervisor or manager. Injuries can be reported by the employee or observed by someone else. Every employee has a duty to report an injury that they see.
Step 2
The supervisor reports the injury to the administration level – the employer/owner, office administrator or human resources department.
Step 3
Depending on the injury, the administrative staff sends the employee for the appropriate level of evaluation or treatment to an MPN – a group of health care providers approved within the state’s WC program.
Step 4
Then the flurry of paperwork begins. A First Report of Injury form must be submitted along with any additional forms required by the state. Employees are interviewed, an investigation form is filled out, and the supervisor completes a report. Necessary forms are sent to the workers’ comp carrier as they are completed, but the First Report of Injury is submitted to the carrier the same day. Injuries should be reported immediately – within 24 hours.
Step 5
The claim is assigned a number by the carrier and the clock starts ticking. If the incident turns out to be minor, it is marked IRO (Incident Report Only) or medical only for the records. But it stays in the system in case something comes up later on the claim. If no action is taken within a year – no paperwork like medical bills submitted – the claim is shut down. However, if an employee is hurt and no claim is opened and an employee says they were hurt 5 years before, that employee can still go after workers’ comp from an employer even if they don’t work for the company any longer. Five years later evidence is slim to non-existent. Witnesses may not recall and no reports were taken, so no one can dispute their claim.
Some employers don’t report what they think are insignificant claims for fear it will affect their insurance rates, but high dollar claims cause more damage to your MODs (premium modification factors) than small claims. It’s always best to report.
Continue reading...